The Pitch: On paper, Amsterdam reads like a star-studded, can’t-miss fall feature: Christian Bale, John David Washington, and Margot Robbie play a tight-knit trio bonded by the traumas of World War I, tasked with solving a crime involving a character brought to life by the one and only Taylor Swift and encountering heavy-hitters like Chris Rock, Robert De Niro, Anya Taylor-Joy, and Rami Malek along the way. What could go wrong?

Antagonistic director David O. Russell‘s latest, which wants desperately to be Wes Anderson’s Knives Out, is predicated on one crucial truth — the idea that kindness will always win. Even if the film hadn’t been helmed by someone with a history of allegations of abusive set conditions and assault, the somewhat twisty conspiracy tale doesn’t stick the landing. With this sometimes lovely house of cards, all it takes is a heavy sigh to bring it all crumbling down.

Things begin when altruistic Dr. Burt Berendson (Bale) is sent to fight in the Great War by his in-laws, hoping to rid their Upper West Side family of a lower-class man — particularly one of half-Jewish descent. It’s there that the good doctor meets Harold Woodsman (Washington, charming even in a flimsily-written role):  Berendson is willing to lead an army of Black soldiers, a rarity at the time, and he and Woodsman create a pact to protect each other.

Shortly thereafter, they’re joined by Valerie Voze (Robbie), a “beautiful, crazy” nurse, and many years later, after the trio is pulled into the orbit of a crime, things rapidly spiral out of control for Burt, Harold, and Valerie.

Three’s Company: Margot Robbie, a tremendously talented actress, feels trapped within the confines of the 1930s equivalent of a Manic Pixie Dream Girl as Valerie Voze. She’s an artist who designs playfully macabre creations from the shrapnel pulled from the bodies of soldiers; she demands “beautiful things” in exchange for the truth; she lives in a loft with an indoor swing, and carries around an analog camera. It’s as if the film dared to ask, what if John Green’s Alaska Young or Margo Roth Spiegelman were in a screwball, murder mystery instead? Yes, of course she speaks French, what a silly question! She’s a woman who smokes a pipe.

Furthermore, it’s disappointing that two people as charming and gorgeous as Robbie and Washington lack the kind of chemistry that could’ve made the film truly shine. The best moments are when Bale is in the mix and the three operate as a trio — and while Bale’s veterans-focused Dr. Berendson is likable and incredibly sympathetic, his infallible nature almost skews into unimpeachable, sacrosanct territory. 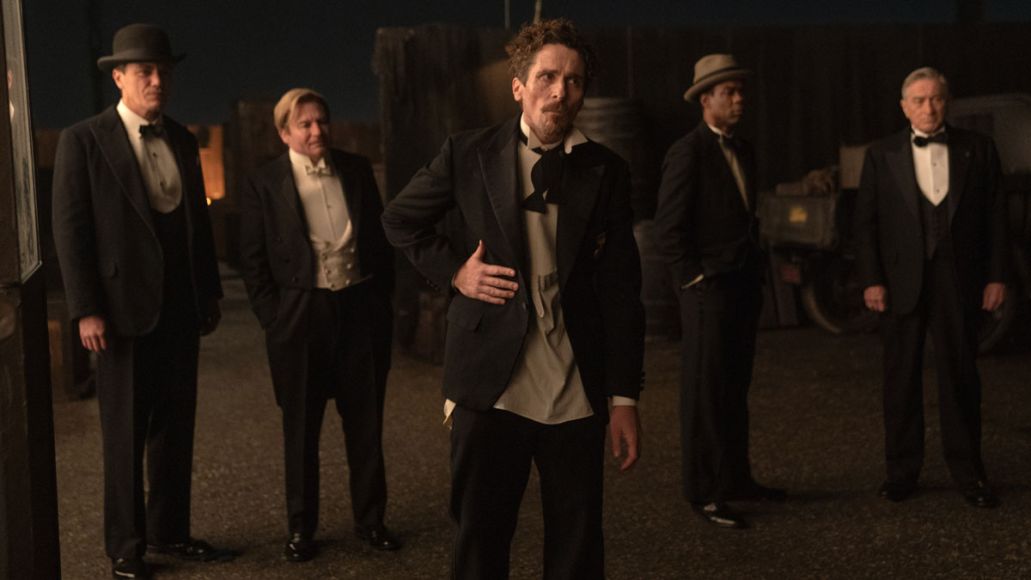