For Billy Strings, bluegrass is a family affair. That’s the premise of ME/AND/DAD, the forthcoming studio album on which he and his father — fellow musician Terry Barber — perform songs they played together during Strings’ childhood. Along with the album news, Strings has shared two tracks from the project ahead of its November 18th release: the traditional tune “Long Journey Home” and a cover of George Jones’ “Life to Go.”

According to Strings, ME/AND/DAD was a long time coming. “As long as I can remember, I wanted to make a record with my dad. I’ve been burning up and down the highways the last 12 years, and as time slips away, you start thinking, ‘I need to make time,’” the artist said in a statement. “It’s been a bucket list thing for me, something I’ve been afraid I wouldn’t find the time to do. And that scared me; not doing this record scared me.”

To make the record, Barber journeyed from his home in Michigan to Nashville’s Sound Emporium studios, playing alongside guitarist Jerry Douglas, bassist Mike Bub, mandolinist Ron McCoury, banjoist Rob McCoury, and fiddlers Michael Cleveland and Jason Carter. To make the occasion even more special, Barber played his beloved Martin acoustic guitar, an instrument he had long-ago pawned to support the family that Strings later found online. “I’ve never been so dumbstruck in my life,” Barber said of the gift. “It was like bringing my mother out of the grave.”

Strings and Barber trade vocals on ME/AND/DAD; in a statement, Strings recalled how familiar the two were with the album’s tracklist. “We’ve been doing it since I was 3 years old,” the artist said, turning to his dad. “I can’t play with anyone like I can play with you.”

The father and son pick away at lightning speed on “Long Journey Home,” ME/AND/DAD’s lead single and opening song. In its music video, directed by Roger Pistole and Scott Mele, photos of the artists playing in Strings’ youth join with clips of the men playing the tune today. Meanwhile, Barber’s veteran warble adds an authoritative touch to country legend Jones’ “Life to Go.” Listen to both tracks below.

Billy String is currently amidst a US tour that runs through the middle of November; tickets are available to purchase here. 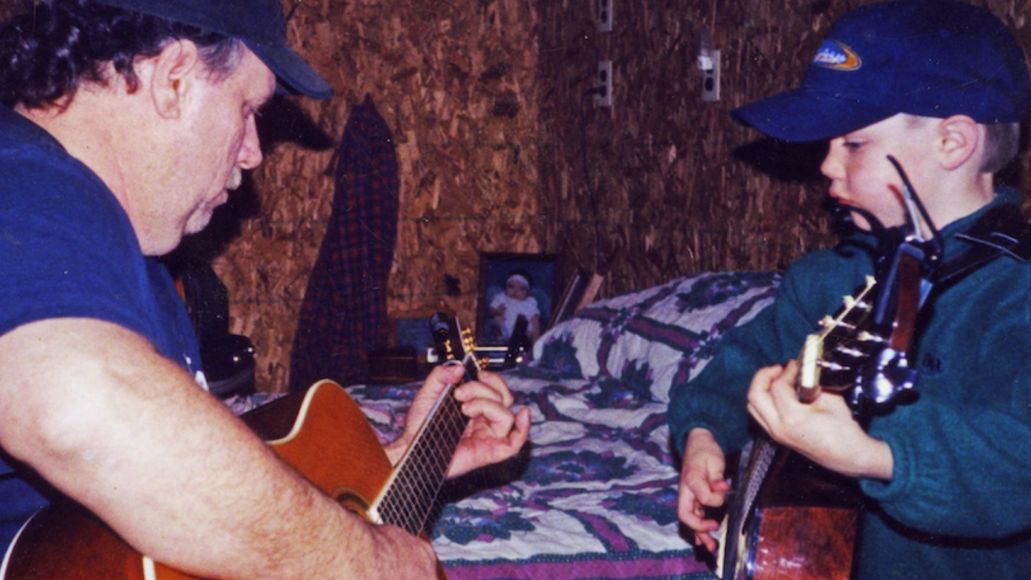