Ozzy Osbourne has teamed with Rock and Roll Beauty to launch his own collection of beauty products.

The Ozzy Osbourne Collection features 21 separate pieces inspired by the Prince of Darkness, who’s been known to wear his fair share of makeup and eyeliner over the years. Some of the items in the new line include: 14-pan eye shadow palettes (one shaped like a coffin and another like a bat), candles, Ozzy-styled body tattoos, lipsticks, a cosmetic bag, a gothic mirror, and nail stickers.

The new collection is only one of Ozzy’s many endeavors in 2022. Most notably, he released a new studio album, Patient Number 9, which notched the Ozzman his first No. 1 on Billboard‘s Top Album Sales chart. Once again produced by Andrew Watt, the record features an all-star cast of guest talent, including the late Foo Fighters drummer Taylor Hawkins (who actually recorded additional tracks that will be released on a future project, according to Watt).

This year also saw Ozzy return to the live stage. He made his first appearance in nearly three years, reuniting with Black Sabbath bandmate Tony Iommi for a rendition of “Paranoid” at the Commonwealth Games. Osbourne then played a couple of songs at the halftime show for the NFL season kickoff game last month.

Aside from his professional career, there’s a lot happening in Ozzy’s personal life; in particular, his relocation back to England. Whether it’s due to taxes, health, or American politics, Ozzy recently remarked that he doesn’t “want to die in America,” and will return with his family to his estate in Buckinghamshire, UK. The move will also be the subject of a new BBC series, with the Osbournes making a return to reality TV.

You can purchase The Ozzy Osbourne Collection via the Rock and Roll Beauty or Ulta Beauty websites, as well as in brick-and-mortar Ulta stores. View a video promo and the full set of items below. 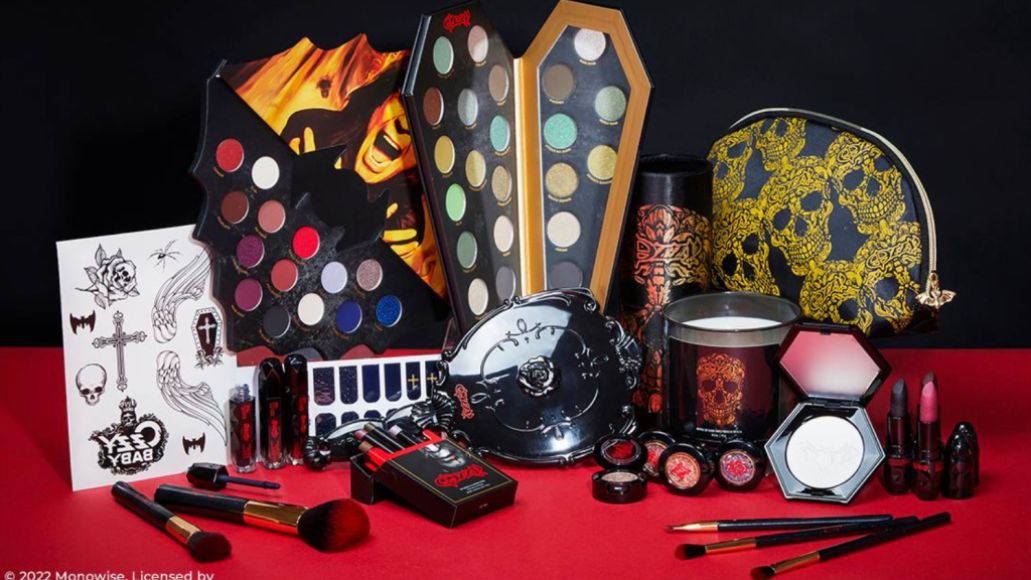