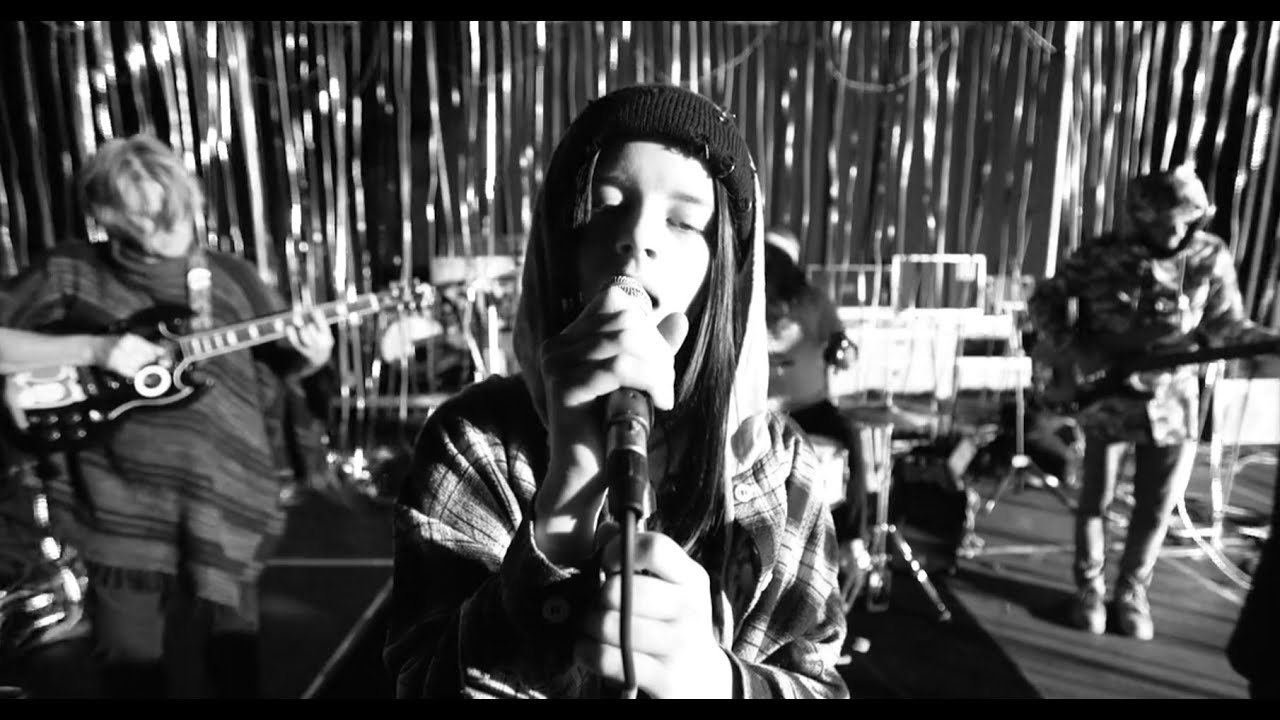 Smith: Yeah! I think it’s amazing! It went out and loads of people love it. I know that a lot of people are commenting that they can’t wait for the whole album.

Coyne: I know! I forget that it’s not out there yet!

Smith: We can listen to it, we know it’s amazing, and people want to hear it! “We need to hear it!”

Coyne: So, yeah… I suppose eventually we’re gonna have to play some kind of a show together… but have you still been working with that group of guys up there, from Fernie [in British Columbia, Canada], where you’re from?

Smith: Yeah, so in Fernie there’s a couple people — I think my dad told you about that band, Shred Kelly?

Smith: Yeah, so I haven’t played with them yet but they were totally open to the idea and wanted to play together, we could do a practice together so that I have a band to sing with. But I haven’t done an actual practice with them. But other than that, I’ve been learning the piano. I remember when I came down, Steven [Drodz] was trying to show me on the piano and I can actually play it now!

Coyne: But you did good! For you not knowing what it was, I thought you did really great! You did look hesitant, but convincing on the video, so I felt like all that worked really good! I could kinda tell you were gonna be able to get it. So you feel like you’re more accomplished now?

Smith: Yeah, I can actually play the full thing pretty well now, so I think CBC was supposed to be here tomorrow but there’s a bunch of mudslides in Vancouver…

Smith: So no one can get out of Vancouver, really, so they’re just gonna zoom in I think. Yeah, there’s mudslides all around from all the rainfall. We have floods in our basement here but it’s not like crazy mudslides, which is kinda bad. They were gonna come and film me practicing and playing a couple of the songs and singing with my first music teacher, so they were gonna come here but they can’t make it so we have my friend’s dad that filmed the first video, Alex —

Smith: Yeah, so he’s gonna film it and they’re gonna be on Zoom or something, kinda like, just another interview but I’ve been practicing on piano and can play the whole “No More Shall We Part” through.

Smith: So, we have a friend staying with us at the moment that stayed with us four years back, and she has a lot of music courses… she’s good at vocals and stuff, so she knows the piano very well. So she actually taught me it, which is amazing.

Coyne: That helps so much. Yeah, to have someone actually there, something happens with your mind and curiosity and physically seeing stuff. You’re good enough that I’m sure you could pick it up from a video or even just looking at the chords, but having someone there, putting their hands on it and stuff, that really works great. And the timing on “No More Shall We Part” is just so bizarre…

Smith: Yeah, we tried to put the metronome to it so I could sing it better when I was down with you, but it was so strange.

Coyne: But you were so well-rehearsed to the way that you perform during the recording that it just was amazing. There were only a few of the takes that you were slightly off, so Blake and I put that together it was quite amazing.

Smith: Now, when I’m playing it on the piano, it makes it easier for me to sing it because I can follow my hands. If you have an instrument that you’re playing, it’s easier than listening to someone else’s. So it’s awesome! It’s like I’ve got the whole thing down!

Coyne: Yeah, that’s the way The Flaming Lips work, too. If I’m the one playing and singing, everyone has to follow me, even if I’m not in time or anything. But I think that it worked really great on the recording. It’s not so stiff. The recording is so weird, but it’s wonderful, because it’s just flowing around. But it’s so difficult to do when you have to mine that and mimic that for the video. But you did great!

So I think that muscle memory that you’re starting to get about singing it, rehearsing it, being scared that it’s not gonna work, it just works works works for you so well. There are so many times when I’m — even last night, we’re singing a song and I’m thinking about something else, and suddenly I’m like… I’m gonna sing these words. I don’t have any idea what I’m supposed to sing and then as it comes up you just sing and it’s like oh, there’s the words.

Smith: Yeah! I can play it with my eyes closed now I’ve been practicing so much! And it’s like yeah there’s the verse. I remember how it goes. I’ve got it down, I can do it pretty well now.

Coyne: I always felt like the recording feels like you playing and singing yourself, so even though we know it wasn’t and we just constructed it to seem that way, I think as you go out and if you played that and play it and sing it that way, that’s just gonna be really great. It’s a great song and when Nick… I think it’s Nick Cave and the Bad Seeds, I’m not sure if it’s just Nick or not… but when you do it, really, the part where the harmony vocals come in…how did you come up with that?

Smith: So, my first music teacher, she does vocals on a bunch of different stuff with a couple bands, so she can easily listen to the main one, the one I sung, and then easily harmonize on it. So she’ll just go ahead and sing. She’ll be like, “Okay, sing this part, then we’ll do a low one…”

Coyne: So she was kind of instructing you, or guiding you?

Smith: Yeah, so I kinda got stuck at one point because I couldn’t really think, because Nick obviously sings it so low with his voice, so I was trying to find the right pitch that I could sing it in because I obviously have a much higher voice than Nick Cave, so she came to our house when we were recording and was like, “Oh, maybe if you sing this part higher it’ll make it easier to get the lower part.” So she would help figure it out. She was like, “Oh, this is easy to harmonize on, let’s make harmonies on it.” That’s kinda how it worked.